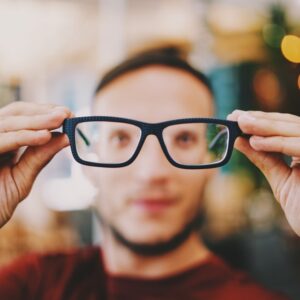 A cataract is considered to be one of the most prevalent eye diseases. It should be noted that about one-third of all visual impairments are linked to cataracts. Despite the treatment methods are highly popular, most of them can be traumatizing at times apart from fiber laser technology.

Nowadays researchers continue working on the reduction of the side effects linked to cataract surgery. Therefore, new laser technology based on a fiber laser has been developed to activate the regeneration of adjacent tissue and also to get rid of the clouded-eye lens.

It is not new that the eye is regarded as the most vital organ. It enables seeing in the dark and in the light, trace fast objects and read the fine print. Nevertheless, problems with eyes lead to quick degradation of the eyesight or even its total disappearance.

The fiber laser technology promotes the treatment techniques for cataract and their increase. The treatment technique is based on surgery by laser systems that allow removing the clouded eye lens and replacing it with an artificial one made of plastic or sapphire due to high power laser beam.

Thus, the eye lens is crashed either with ultrasound or a fiber laser system. The operating principle of the fiber laser treatment is based on the application of the laser system where “a special tip is inserted into the anterior chamber of the eye close to the lens, and the laser beam breaks the lens into tiny fragments that are then removed from the eye. An artificial lens is then put in their place.”

Nevertheless, laser technology has some challenges that are the process damages the adjacent tissue, and the regeneration doesn’t always go well. In the past years, several research teams have been trying to reduce the traumatizing impact of cataract surgery, and the application of laser beam radiation to crash the cataract is considered to be promising.

It should be noted that the less powerful laser system not only lights up the surgical field but also triggers the regeneration of the impaired tissue. Therefore, new tests have been conducted in order to determine the best interaction way between the illuminating and the destroying fiber lasers.

Finally, the researchers claimed that the most efficient way is to apply both fiber laser systems concurrently. The fiber laser technology requires extensive work from optical engineers because it is impossible to penetrate the eye with two devices simultaneously due to the laser beam radiation.

The thing is that the simultaneous application of two laser systems is perfect because doctors obtain cells that are damaged however not crashed. The stimulation of their generation at once plays a crucial role. This is because the regeneration takes place in the most favorable conditions.

Fiber Lasers as a tool for the treatment of kidney stones